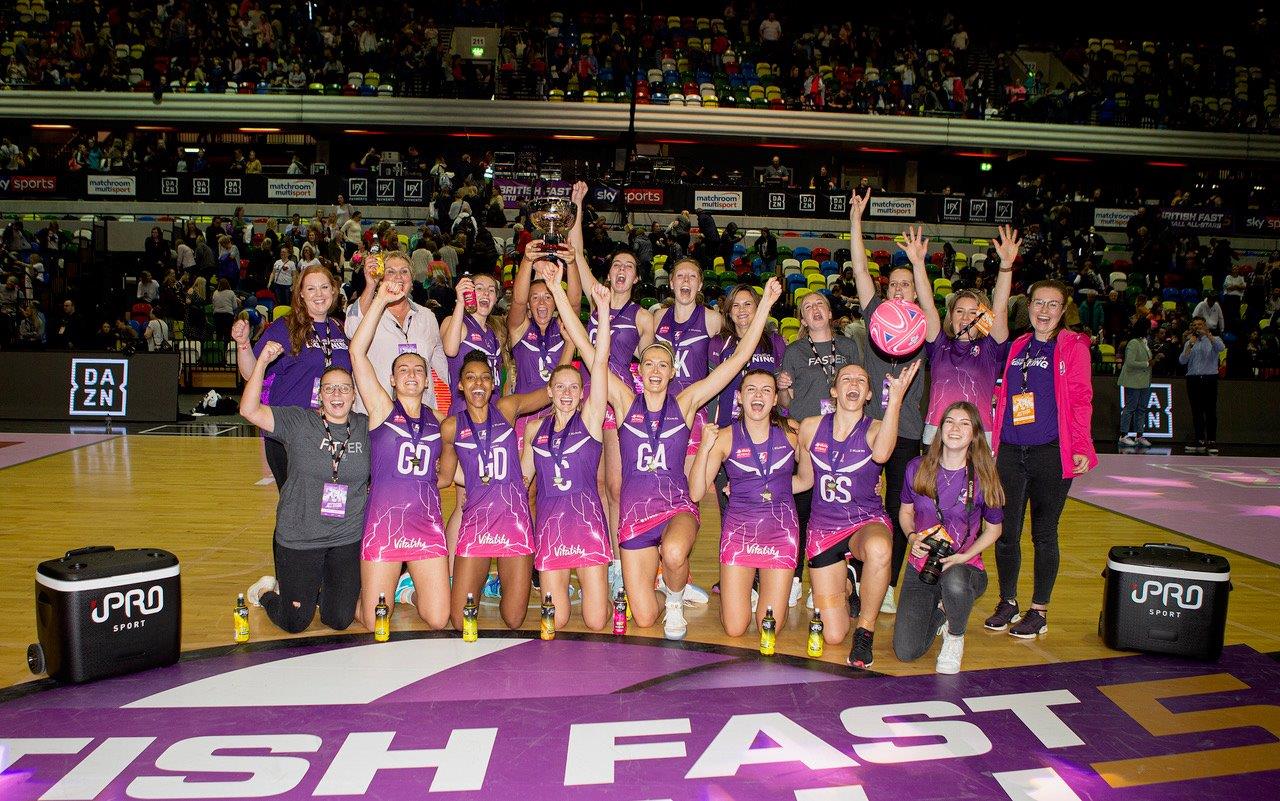 Harten, back in the Lightning dress for one day only, scored all 61 of her teams Fast5 All-Stars record 61 points. There was no surprise when she was named tournament MVP for her efforts throughout the day.

It’s the second time Lightning have landed the title, having won the inaugural Fast5 All-Stars in 2017. Wasps had made an early statement of intent in defeating Severn Stars in the day’s opening match, before Lightning beat Superleague champions Manchester Thunder in their first fixture.

The sides then went head-to-head with Lightning coming out 48-20 winners – thanks largely, again, to Harten. From that point they looked clear favourites and with two group wins advanced to the semi-finals, where they edged a thrilling encounter with Celtic Dragons 35-33.

After their defeat to Lightning, Wasps bounced back against Thunder to reach the last four, where they beat Surrey Storm to make their second consecutive Fast5 final.

But in the tournament showpiece, with £25,000 going to the winner, it was all about Harten. Lightning called their iPro Hydrate Powerplay early and took 40 points – all made by Harten – as they opened up an insurmountable 45-10 lead. Wasps narrowed the deficit in their own two-minute iPro Hydrate Powerplay, but it wasn’t enough and when the 12 minutes were up the title went to Lightning, who had scored the most points in a single Fast5 All-Stars match.

Featuring 12-minute matches, an all-star 5-point line and a Golden Buzzer Powerplay, the British Fast5 Netball All-Stars Championship is an all-action afternoon of non-stop, pulsating netball. Teams can include up to two ‘All-Star’ players, and as well as Harten the likes of Stacey Francis (Team Bath), Erin Bell (Manchester Thunder) and Jhaniele Fowler (Saracens Mavericks) all took to the Fast5 court on Saturday.