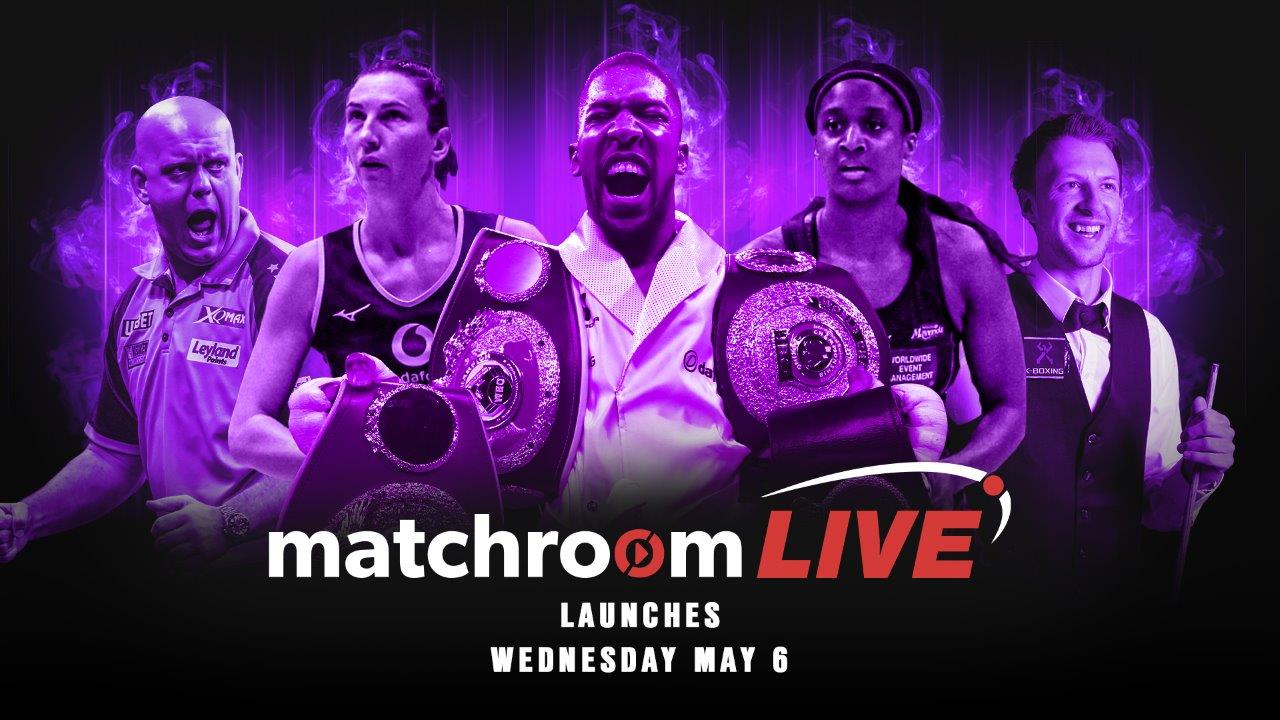 The service allows fans to delve into the history books of all Matchroom’s offerings from Boxing to Darts to Snooker and many more for free. Fresh archive footage will be added continuously ensuring every sports fan has countless hours of sport to watch wherever they are in the world.

Fans will also be able to live stream ongoing events through a subscription package and pay-per-view options in territories without current broadcast rights holders. This will give fans direct access to the action including the World Darts Championship and Premier League Darts, Pool’s Mosconi Cup and World Pool Championship, plus the World Snooker Championship and the remainder of Matchroom Sport’s catalogue of live events.

Matchroom Live is a video-first platform, with the ability to cast to virtually any device whether that be a console, Smart TV, or connected device. The services will also allow fans to watch up to four live events at once with ‘QuadPlay’.

The service is built and powered by sports streaming and video technology specialists StreamAMG. They have been a longstanding partner of Matchroom Sport operating PDCTV since 2016 and streaming Anthony Joshua vs. Andy Ruiz II for the Indian Subcontinent in December 2019.

Fans can sign up for the free archive of sports now at Matchroom.Live