FIRST ALL-STARS CONFIRMED FOR THE O2 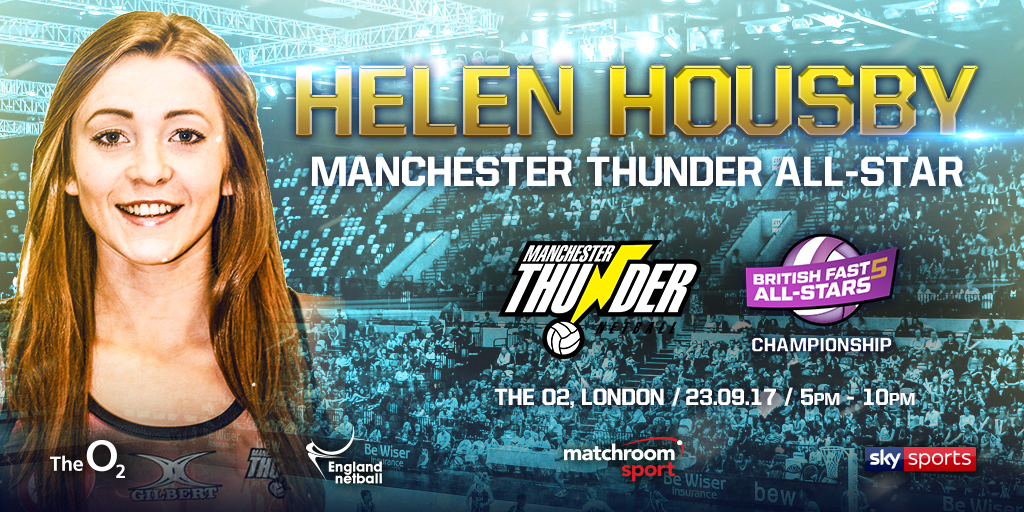 The first all-star picks for the forthcoming British Fast5 All-Stars Championship have been confirmed, with a host of England Roses players set to shine at The O2, London on September 23rd.

Manchester Thunder have announced Roses stars Helen Housby and Sara Bayman as their all-star picks. Their international team-mate Kadeen Corbin will lead the Team Bath charge in London alongside Tash Pavelin, while George Fisher and Nat Haythornwaite are the Wasps Netball All-Stars.

“I’m absolutely thrilled to be able to bring two of New Zealand’s top players over to London for the Fast5 All-Stars Championship,” said Northumbria head coach TeAroha Keenan. “Both Erena and Daneka have a huge amount of experience at the highest level and they will be invaluable additions to our squad.” 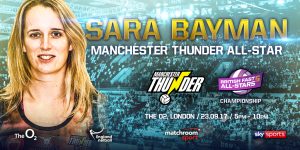 Bayman captained Manchester Thunder to the Superleague title in 2014 and is thrilled to have the opportunity to don the famous Black and Yellow again: “I’m really excited to be back in the Thunder colours and I’m looking forward to what promises to be a great tournament. It will be a lot of fun for both players and spectators,” she said.

Housby added: “I’m super excited to be back in the Black and Yellow, even if it is just for a day. I’m looking forward to seeing some old team mates and coaches and playing at an amazing arena. I’ve never played at The O2 so I can’t wait for that day to come around.”

Wasps Director of Netball Tamsin Greenway said of her squad: “We’re going to the Fast5 All-Stars in September with one goal and that is to come away as winners. These players are Superleague champions and I believe this group can beat anyone when at their best.” 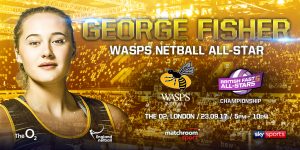 Team Bath Director of Netball Jess Thirlby said: “I am really excited by this fantastic squad and are looking forward to taking them into this new competition. It is a great mix of established players, returning internationals like Kadeen and our fantastic up-and-coming youth stars.”

The line-up for the British Fast5 All-Stars Championship is completed by Loughborough Lightning, Surrey Storm, Hertfordshire Mavericks and Severn Stars.

The British Fast5 All-Stars Championship will be broadcast live on Sky Sports and carries a ground-breaking £100,000 prize fund. Eight five-player sides will compete in a double elimination group stage for a spot in the semi-finals and the eventual winners will take home £25,000.