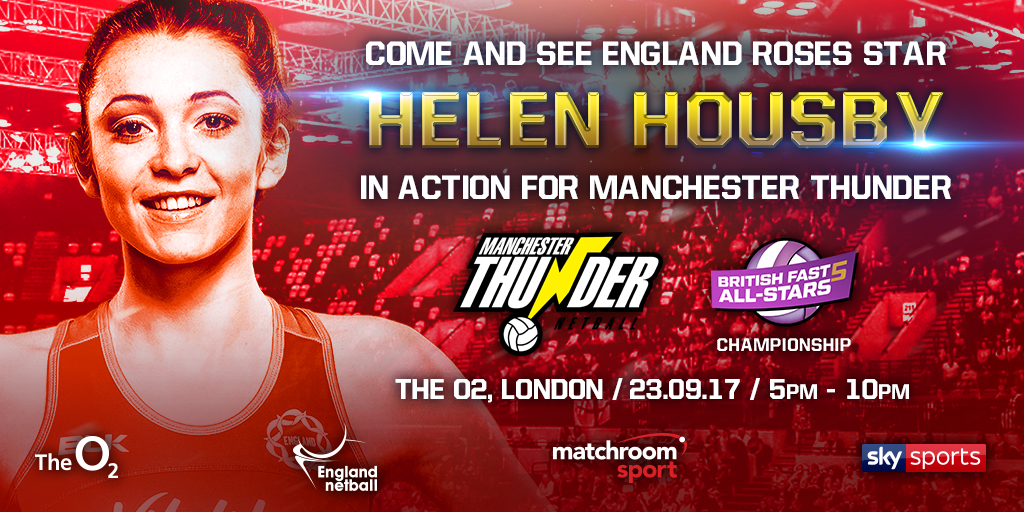 A host of England Roses will line-up for their Netball Superleague teams at the British Fast5 All-Stars Championship on Saturday, September 23 at The O2, London.

The exciting new British Fast5 All-Stars Championship will be broadcast live on Sky Sports and carries a ground-breaking £100,000 prize fund.

Fisher is joined in the Wasps squad by current England team-mate Natalie Haythornthwaite, with Rachel Dunn also selected. Severn Stars have Eleanor Cardwell & Jodie Gibson among their ranks, while Sara Bayman joins Housby in the Manchester Thunder line-up and Loughborough Lightning have Beth Cobden & Natalie Panagarry at their disposal.

Thunder’s Housby said: “I’m super excited to be back in the Black and Yellow, even if it is just for a day. I’m looking forward to seeing some old team mates and coaches and playing at an amazing arena. I’ve never played at The O2 so I can’t wait for that day to come around.”

Tickets for the British Fast5 All-Stars Championship are available now from www.theo2.co.uk and start from just £20 with group tickets available priced from £60 for four adults as the event promotes a fresh new feel for Netball, with fancy dress encouraged to help build a party atmosphere at The O2.

FIRST ALL-STARS CONFIRMED FOR THE O2