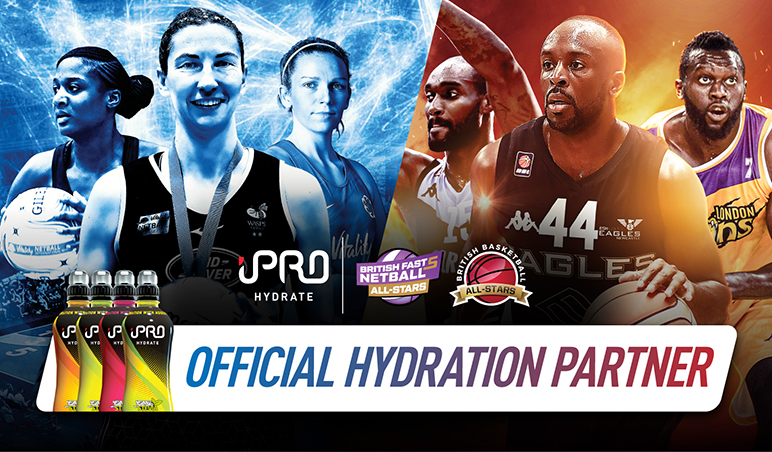 As Official Hydration Partner, iPRO Hydrate will deliver healthy hydration and aid recovery of the competing athletes at both events. The sold-out Fast5 All-Stars takes place from 1-6pm on Saturday, with the All-Stars Basketball taking centre stage on Sunday. Both competitions will be staged at the Copper Box Arena in London’s Queen Elizabeth Olympic Park.

Among the All-Star players taking part in this weekend’s Fast5s is England star Jo Harten, who returns to Loughborough Lightning for one day only, Jamaican captain Jhaniele Fowler (Saracens Mavericks) and former Australian Fast5 captain Erin Bell, who will line up for Manchester Thunder.

iPRO Hydrate Commercial Director, Sophie Christy says: “We are really excited to return to the British Fast5 All-Stars Championship and to extend our sponsorship of the British Basketball All-Stars Championship as well this year. We are proud to provide players with healthy hydration at an event where they are pushed to their limits and are in need of a top-quality product to maintain optimum levels hydration. We wish all of the teams the very best of luck this weekend!”

“We have partnered with iPRO Hydrate on a number of our major sporting events and they are always a great, fun team to work with. The iPRO Hydrate Golden Buzzer is without doubt one of the standout features of the Fast5 All-Stars and Basketball All-Stars and, as history has shown, the teams who use their powerplay to full advantage are usually the teams who go deep into the tournaments.”