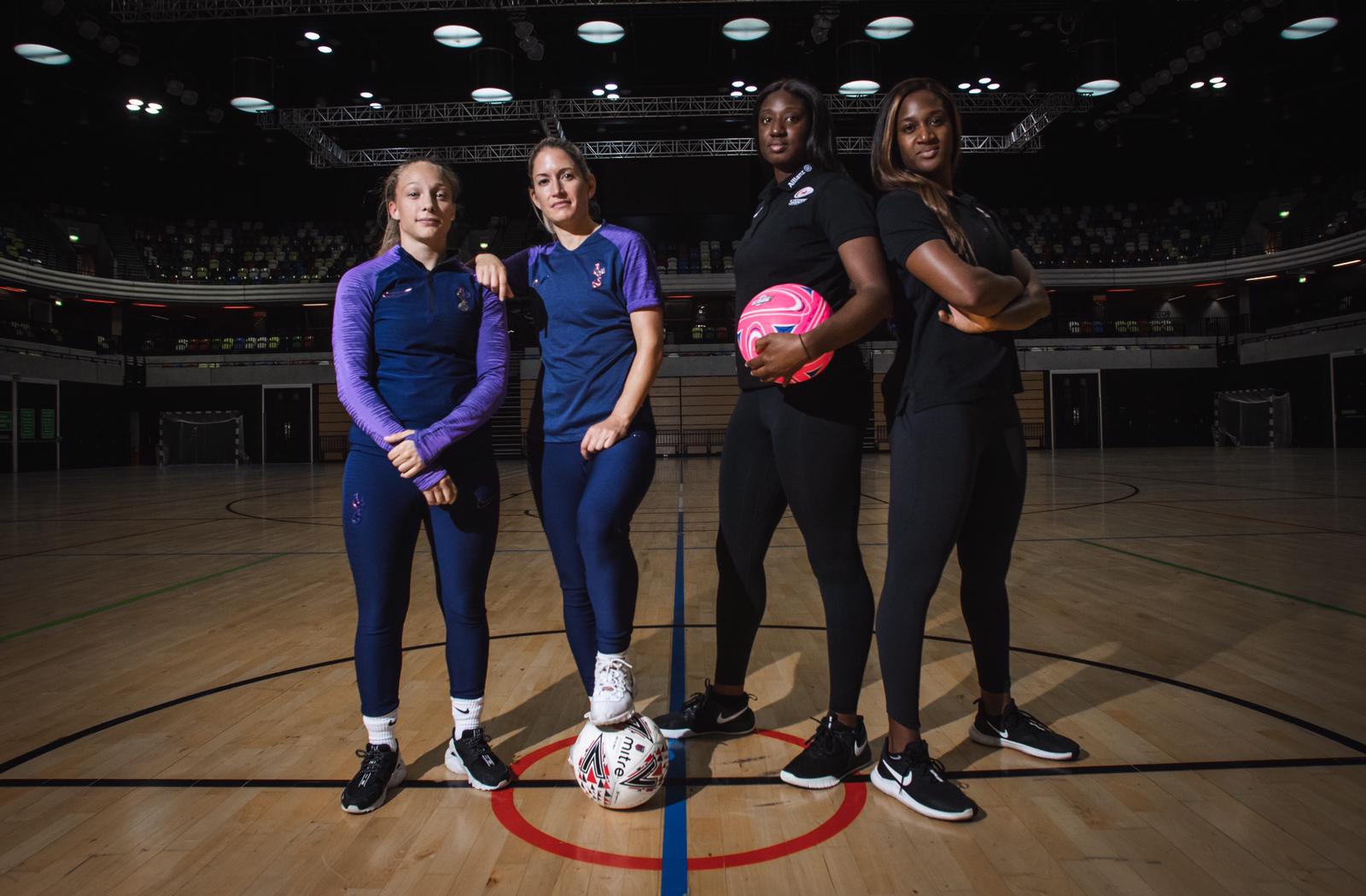 Taking place at the Copper Box Arena in London’s Olympic Park, the Fast5 All-Stars Challenge saw the footballers and netballers go head to head across a series of five challenges putting their netball and football skills to the test. Challenges included the Long Range Bomb, the Crossbar Challenge, the Blindfolded 5-Pointer, the Maradona 7 and a final assault course showdown.

With Angela and Jenna comfortably out-pointing the Corbin sisters across the football challenges and the net-ballers claiming the upper hand in the netball tests, it came down to the final decider – a netball and football assault course battle. After a slow start, Sasha and Kadeen held their nerve, setting a blistering time to take the overall win.

Teams can include up to two worldwide All-Stars players in their Fast5 squads; England star Jo Harten, who returns to Loughborough Lightning for one day only, Jamaican captain Jhaniele Fowler (Saracens Mavericks), former Australian Fast5 captain Erin Bell (Manchester Thunder) and Leana de Bruin (Severn Stars), who has represented New Zealand over 100 times, are among the All-Stars set to light up the Copper Box on Saturday.

Defending champions Wasps Netball will be looking to keep hold of the title which Rachel Dunn helped fire them to last year but the seven other teams all have their eye on the £25,000 winner’s cheque.

Tickets for Saturday’s British Fast5 Netball All-Stars Championship are now sold out. The event will be broadcast live on Sky Sports from 1pm as well as on DAZN and other networks around the world.