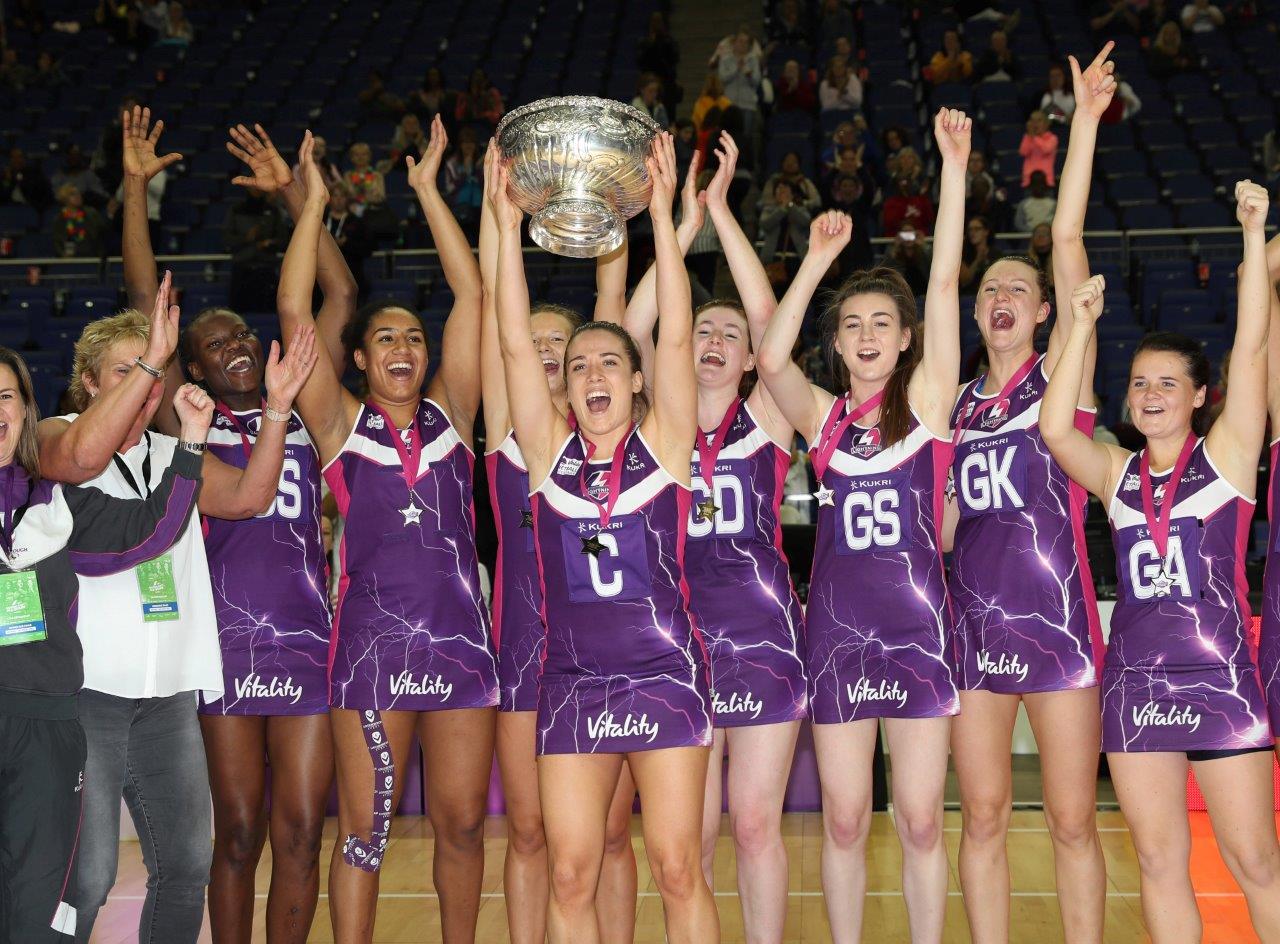 Loughborough Lightning were crowned the first ever Just Eat British Fast5 All-Stars Champions, beating Team Bath 35-33 in a gripping final which went down to the wire at The O2.

South African shooter Renske Stolz shot the winning five-pointer for Lightning, and it was fitting that the player named tournament MVP had the final say, rewarding her side for choosing her as their worldwide All-Star pick for the tournament.

It was a fitting finale to a non-stop evening of thrilling netball at The O2, with fans on the edge of their seats as the lead swung back and forth.

Inside the 11th of 12 minutes Kadeen Corbin sunk a three-pointed to give Bath a 33-30 advantage but with just 15 seconds on the clock Stolz netted a five pointer and Lightning were victorious.

“We embraced the format and we had a lot of fun,” said Karen Atkinson, who leaves Lightning on a high in her final match as head coach.

“The girls were relaxed and had a lot of confidence. I knew the format of the game required long-bomb shooting and I remembered Renske from the Quad Series last year, and how she nailed a load from just inside the circle against England – I thought, ‘I need that girl to come and play Fast5.’

“She was phenomenal and this style of game really suits her. She had long periods of time out there which is tough in any of the middle positions, but she did a great job.”

Stolz herself added: “I really enjoyed everything and thanks to the coach for giving me this opportunity. Everything has been great fun from the day I got here.”

Lightning captain Nat Panagarry said: “Today was a lot of fun but we really wanted to win. We knew we had a brilliant chance and I am so happy for the girls to have this win leading into the season. It is great that we could get this win for Kaz. We wanted to do it in the Superleague final but it is a great to end with this victory.”

Lightning had defeated Wasps 31-27 in their semi-final, one of the matches of the tournament. Amy Flanagan was sin binned for the Ricoh Arena based outfit, forcing Rachel Dunn to the centre. Stolz took full advantage to fire her side into the final.

Bath earned their place in the showpiece with a 34-26 win over Severn Stars, using their powerplay to full advantage with Welsh international Chelsea Lewis succeeding with the long bombs.

Both teams had come through the double elimination stage unscathed, with Storm and Stars progressing through with two wins and one defeated.

The All-Stars weekend continues at The O2 with the Betway British Basketball All-Stars Championship from 1pm on Sunday afternoon.