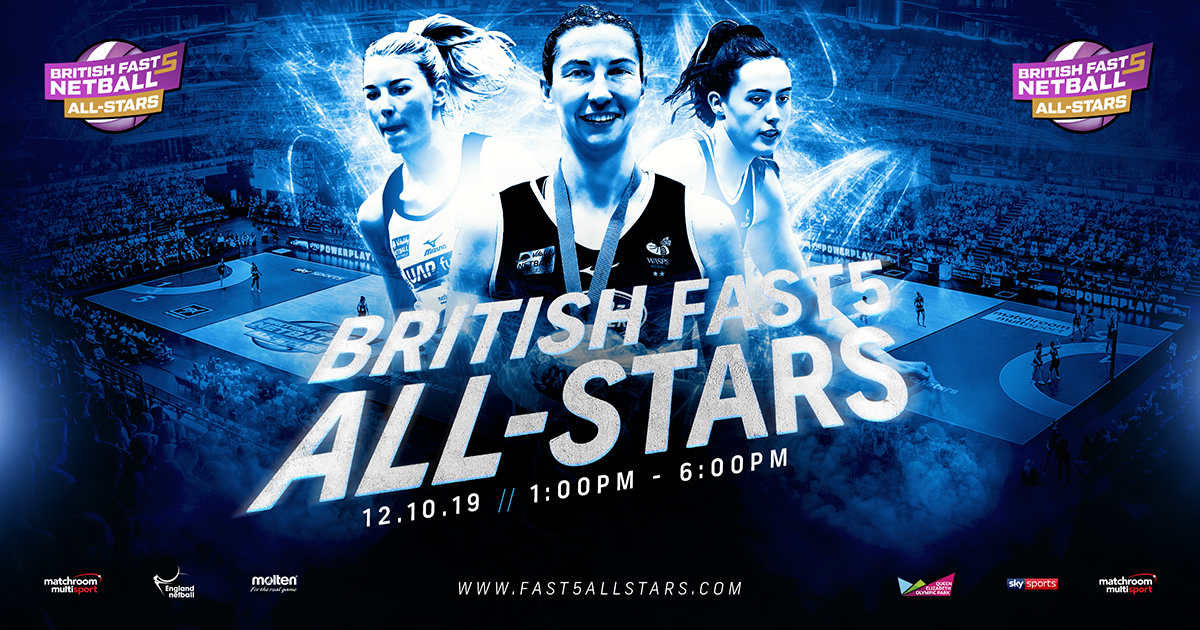 The British Fast5 All-Stars Championship will return on Saturday, October 12 at Copper Box Arena, London with tickets on sale from midday on Monday, February 18 at fast5allstars.com.

Wasps have already qualified for the event as defending champions and will be joined by the top seven teams from the 2019 Vitality Netball Superleague season. Teams have the opportunity to recruit two all-star players for the day, meaning international stars from around the world are set to be added to the line-up.

Matchroom Sport Chairman Barry Hearn said: “The British Fast5 Netball All-Stars Championship is already established as one of the most electrifying days in the domestic calendar. Last year we built on the success of the first Fast5 All-Stars in 2017 and the packed crowd at the Copper Box were treated to a brilliant afternoon of netball.

“The event is already attracting top international players, as seen in 2018 when the likes of Sharni Layton and Ash Brazill came over. With the World Cup taking place in Liverpool and the continued success of the Roses, it’s an exciting time for netball in the UK and we’re thrilled to be bringing the Fast All-Stars back to the Copper Box for what promises to be another great event in October.”

Joanna Adams, CEO of England Netball, said: “The British Fast5 All-Stars Championship is a must-see and must-attend event on the netball calendar.

“There’s always such a buzz as our fans can watch their favourite players – both Vitality Netball Superleague and international stars – competing at an iconic venue in one of the most entertaining formats of the game.

“Fast5 is always a fantastic spectacle of athleticism, flair and skill, and with the ever-increasing interest in netball, we’re delighted to be working with Matchroom Sport again for the third staging of this tournament.”

Tickets for the 2019 British Fast5 All-Stars Championship will be available from midday on Monday, February 18 via www.fast5allstars.co.uk with tickets priced at £24 (bronze), £30 (silver) and £40 (gold) with courtside hospitality tickets available at £100. Under 16s receive 50% off tickets. Groups of 10 or more will receive 10% off.