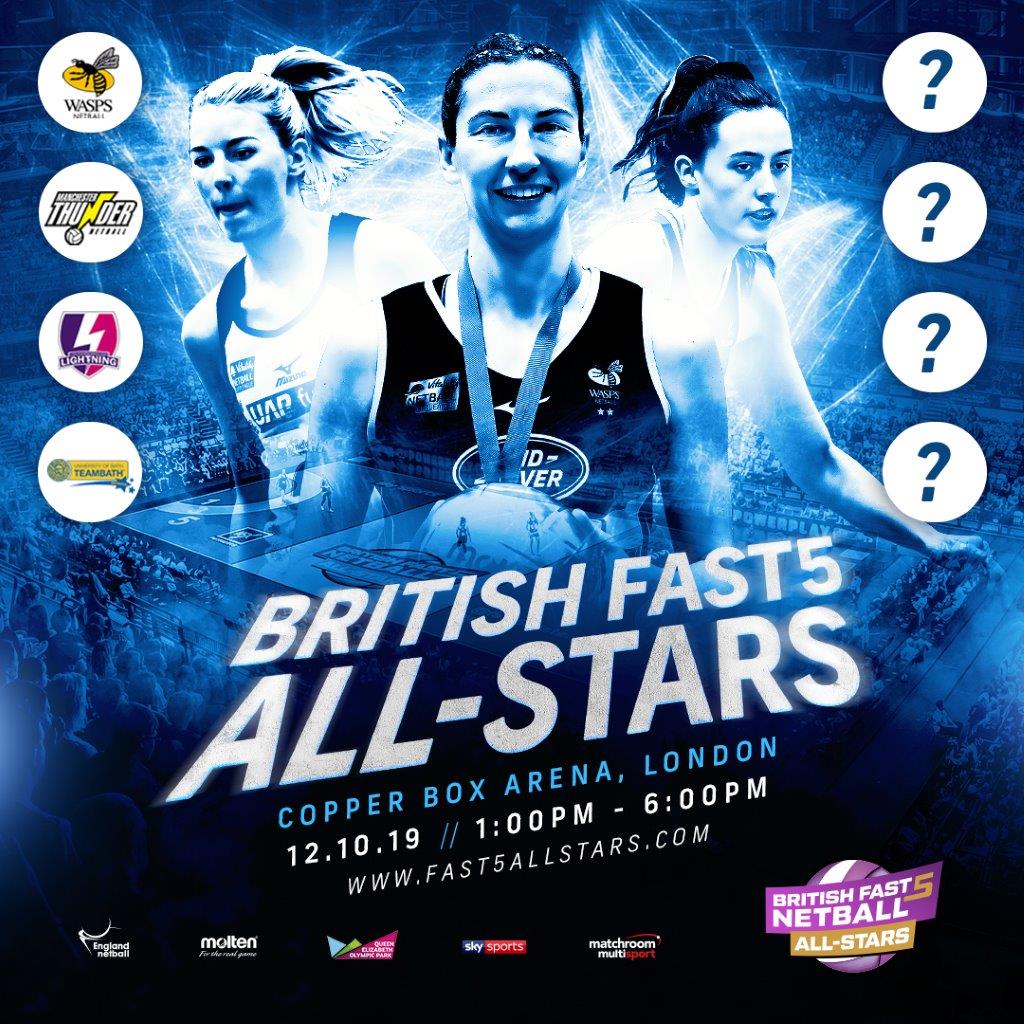 Four more teams will join the quartet in the £100,000 tournament, which returns for its third year in the autumn and will feature the top eight teams from the 2019 Vitality Superleague.

Superleague leaders Thunder defeated Strathclyde Sirens on Monday evening to ensure they cannot be edged out of the top eight this season. That win also meant qualification for Team Bath, while Loughborough Lightning beat Saracens Mavericks to guarantee a top-eight finish.

Mavericks themselves are just one win away from qualifying and will be confirmed for the Fast5 All-Stars should the beat London Pulse on Saturday.

Tickets for the 2019 British Fast5 All-Stars Championship will be available from midday on Monday,