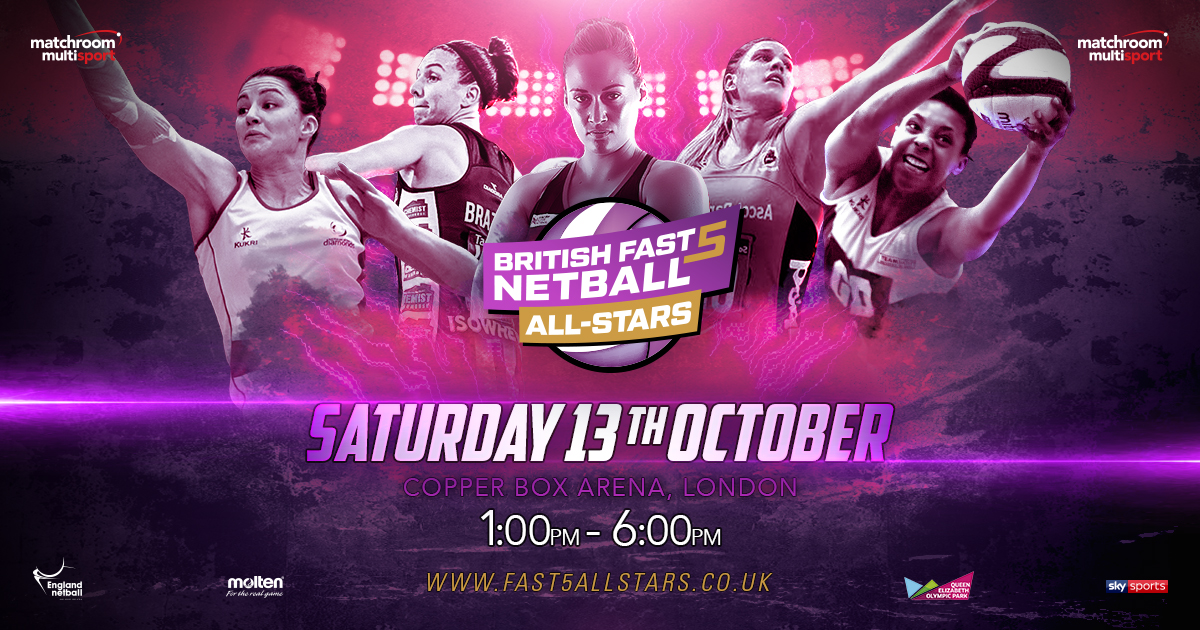 The Fast5 All-Stars will be shown live throughout from 1pm on Sky Sports Mix, which is available to all Sky TV customers on channel 121.

Each team had the opportunity to include two global All-Star players in their squads, and fans in the home nations of every All-Star selected will also be able to enjoy the event live.

Sky will show the Fast5 All-Stars in New Zealand, with Cat Tuivaiti in action for Sirens and Jo Trip lining up for benecosMavericks.

Kwese Sports will broadcast the tournament live across Sub-Saharan Africa, meaning those following South Africa’s Renske Stoltz and Uganda’s Peace Proscovia (both representing Loughborough Lightning) will also be able to see the action.