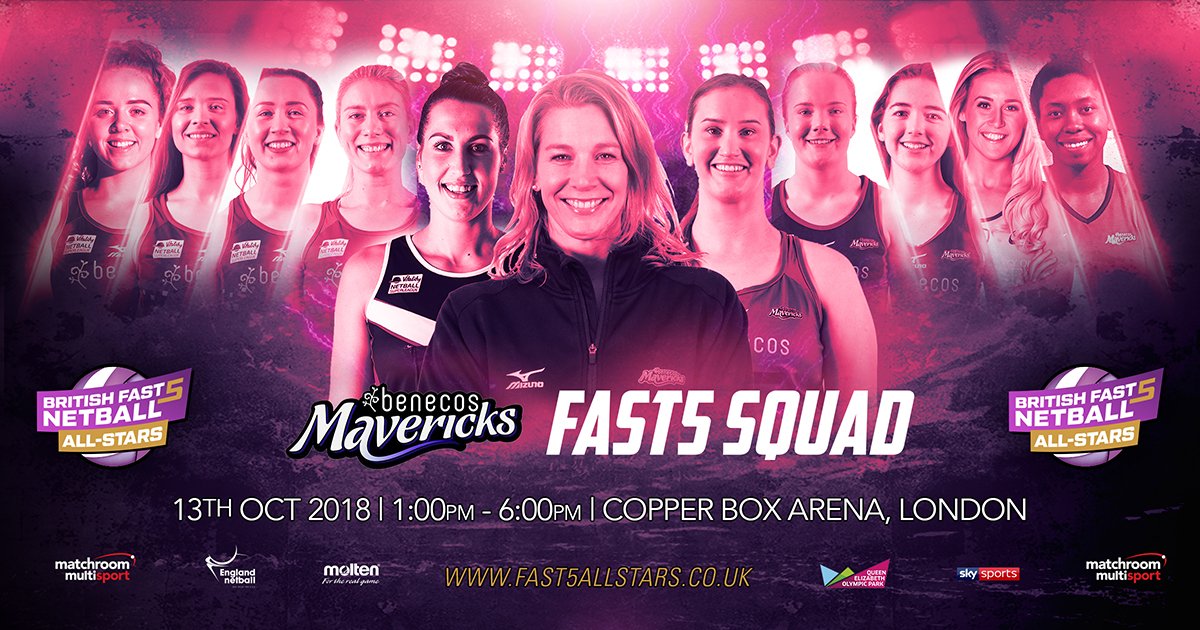 The final All-Star players for Saturday’s British Fast5 All-Stars Championship have been confirmed with the news that benecosMavericks have added Jo Trip and Karyn Bailey to their squad.

Trip and Bailey will join the likes of Sharni Layton (Surrey Storm) and Ash Brazill (Severn Stars), and a host of other international stars for Saturday’s British Fast5 All-Stars Championship.

Each team can name up to two All-Star picks in their squad of 10 for Saturday’s tournament. Team Bath welcome back Stacey Francis and have signed Australian shooter Beryl Friday as an All-Star.