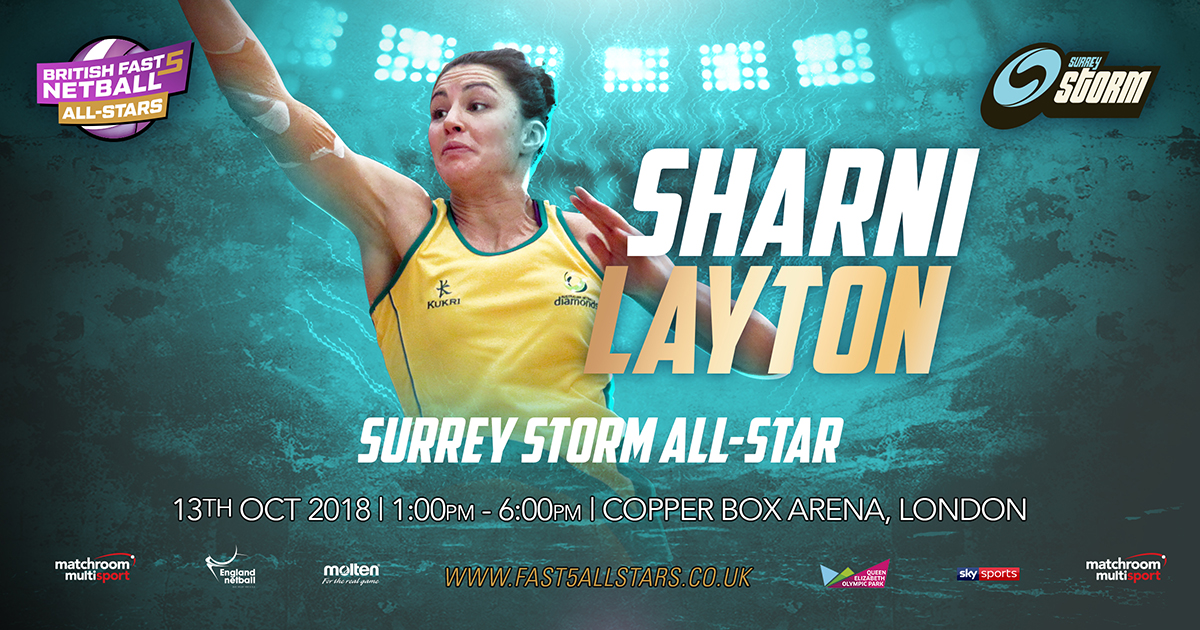 The news comes after Team Bath announced that Stacey Francis will once again wear their blue and gold dress as she returns to her former team for the Fast5 All-Stars.

Each team can name up to two All-Star picks in their squad of 10 for the British Fast5 All-Stars Championship and more All-Stars are expected to be named shortly.

Storm’s Director of Netball Mikki Austin, who will also represent Storm at the competition, said: “We are absolutely honoured to have an Aussie Diamond playing in the duck egg blue at the Fast5 competition.

“She is one of the most formidable defenders in world netball and someone the majority of netballers, including myself, have idolised.

“I know our Storm fans will show Sharni as much Storm love as possible for the time she is with us and we cannot wait to get started in our preparation and be ready to compete for that top prize at the British Fast5 Netball All-Stars Championship.”

Francis, who has re-signed for a further two years with West Coast Fever, played a key role in all five of Team Bath’s Superleague-winning squads having initially joined the franchise as a 16-year-old in 2005. She was named as Superleague Player of the Year in both 2011 and 2013.

“Playing for Team Bath is like coming home for me,” said Francis. “To have the opportunity to re-join the Team Bath Netball environment and put on the blue and gold dress again, even if only for a day, was one I couldn’t have missed! I’m looking forward to playing under some of the best coaches I’ve ever worked with again and alongside some of my greatest friends.”