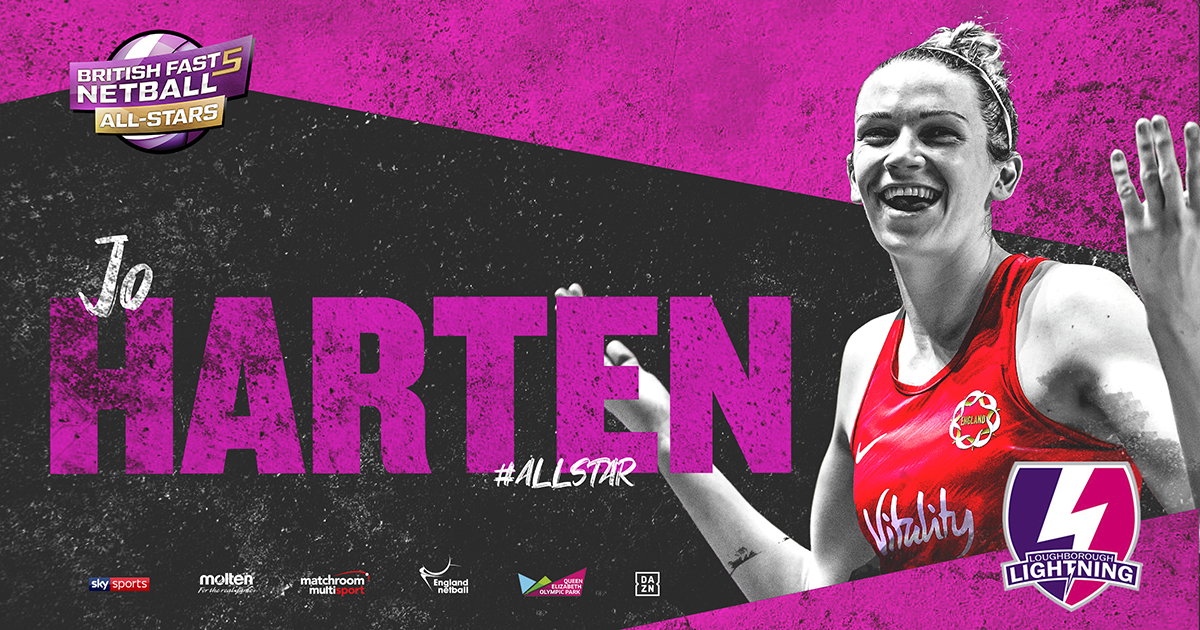 Loughborough Lightning have announced that England stalwart Jo Harten will return to the side for this year’s annual British Fast5 All-Stars Championship.

Named as Lightning’s All-Star pick, Harten returns to the club after an eight-year absence to play in the competition on Saturday 12th October 2019.

Harten has enjoyed a stellar career to date and earned her 100th England cap during this summer’s Netball World Cup. During her previous four-year stay with Lightning, she progressed to become one of the club’s youngest ever captains, making her international debut aged just 18.

After graduating from Loughborough University in 2012, Harten moved to New Zealand to pursue a full-time contract in the ANZ league with the Canterbury Tactix. A year later she moved to Waikato Magic, before signing for Australian Suncorp Super Netball side Giants Netball in 2017, where she still plays.

On her return to Lightning, she said: “I’m very excited to be re-joining Lightning for this year’s British Fast 5 All-Stars. Loughborough is my second home for Netball and I can’t wait to pull on the Lightning dress again and line up some long shots…let’s do this!”

Sara Bayman, Head Coach, added: “It’s a massive boost to have Jo as part of our Fast5 squad. She is a world-class shooter and is always exciting to watch with the flair that she brings to the game. As a Loughborough alumna, she is someone we are very proud of and is a role model for current and future Lightning players.”

Tickets for the British Fast 5 All-Stars Competition are available now and can be purchased by visiting the official website.