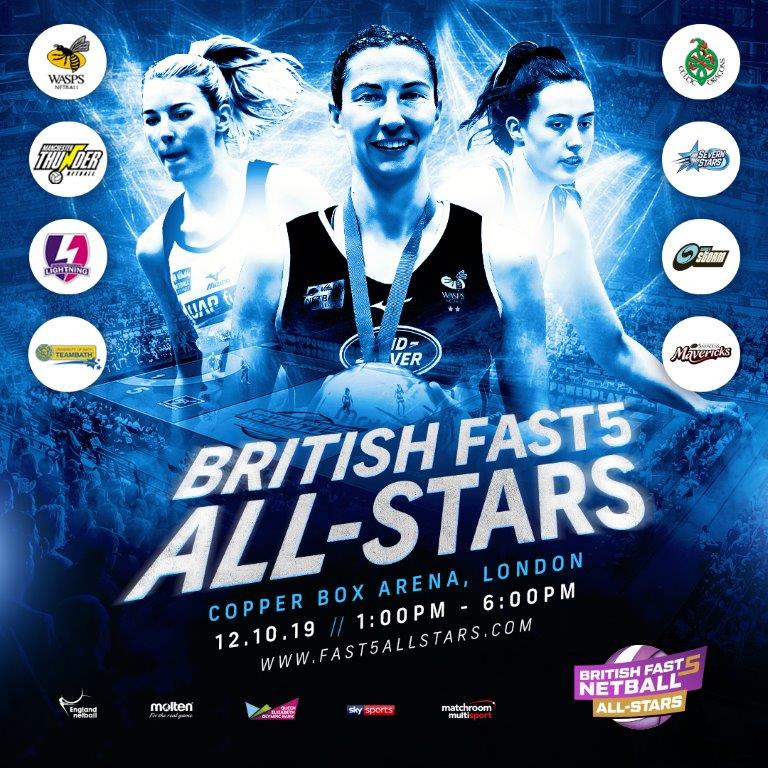 Severn Stars and Celtic Dragons have secured the final spots in the British Fast5 All-Stars Championship ahead of the final weekend of Vitality Netball Superleague action.

April wins over Sirens and Storm helped Dragons to qualify for the Fast5 All-Stars for the first time as they joined Storm and Stars with 18 points on the Superleague table, guaranteeing a top-eight finish. Stars enjoyed success over Storm on Easter Sunday and have now qualified with a game to spare, despite defeat to Mavericks in their last match.

Tickets for the 2019 British Fast5 All-Stars Championship are available now via www.fast5allstars.co.uk with tickets priced at £24 (bronze), £30 (silver) and £40 (gold) with courtside hospitality tickets available at £100. Under 16s receive 50% off tickets. Groups of 10 or more will receive 10% off.