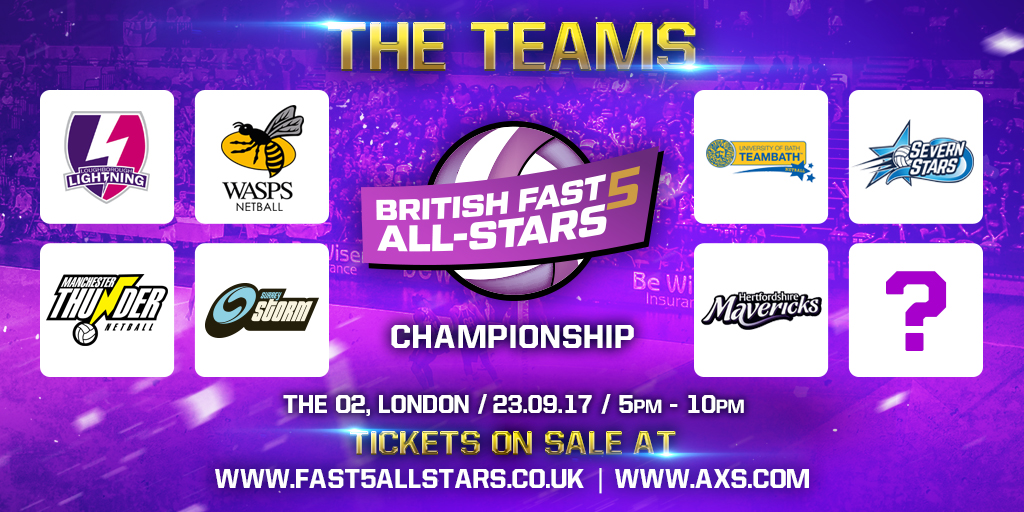 Hertfordshire Mavericks have joined the line-up as one of eight Netball Superleague teams who will compete in the inaugural British Fast5 All-Stars Championship at The O2, London on Saturday, September 23.

The two-time Superleague winners are one of British netball’s most established sides and have been ever present in the 12-year history of the Superleague.

The British Fast5 All-Stars Championship carries a ground-breaking £100,000 prize fund will see eight five-player sides competing in a double elimination group stage for a spot in the semi-finals. The eventual winners will take home £25,000.

Gloria Keech, Hertfordshire Mavericks Franchise Director, said: “Mavericks are delighted to be participating in the upcoming British Fast5 All-Stars Championship. This format is so exciting for the fans and the players and we can’t wait to get started.”

Barry Hearn, chairman of promoters Matchroom Sport, added: “We are thrilled that Hertfordshire Mavericks will take part in the British Fast5 All-Stars Championship in September.

“Netball is growing at a rapid rate and we hope this exciting new event will continue that push. We’re bringing the best British sides to The O2 for one huge event with some exciting twists which will add a new dimension to the sport.

“Mavericks have a great fan base and we hope to see their committed support out in force at The O2 in September.”
Tickets for the British Fast5 All-Stars Championship are available now from www.theo2.co.uk and start from just £20 with group tickets available priced from £60 for four adults. VIP Courtside tickets are available for £150 from www.fast5allstars.com.