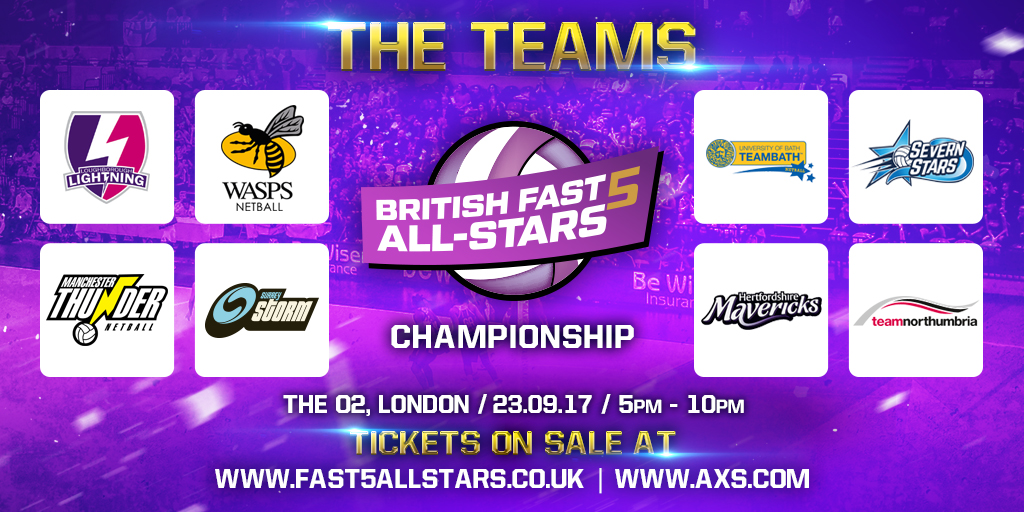 Team Northumbria are the final side to join the line-up of Netball Superleague teams who will compete in the inaugural British Fast5 All-Stars Championship at The O2, London on Saturday, September 23.

The British Fast5 All-Stars Championship carries a ground-breaking £100,000 prize fund will see eight five-player sides competing in a double elimination group stage for a spot in the semi-finals. The eventual winners will take home £25,000.

“We are delighted to be competing in the inaugural Fast5 All-Stars Championships,” said Sue Vout, Franchise Director.

“Our players are very much looking forward to playing at The O2 in front of such a large crowd. We have had tremendous support from our fans across the North East of England this year and we really hope that as many of them as possible will join us at this exciting high-profile event.”

The complete eight-team line up is:

Barry Hearn, chairman of promoters Matchroom Sport, added: “We are delighted to have confirmed Team Northumbria will take part in the British Fast5 All-Stars Championship in September.

5 things you didn’t know about Fast5 All Stars