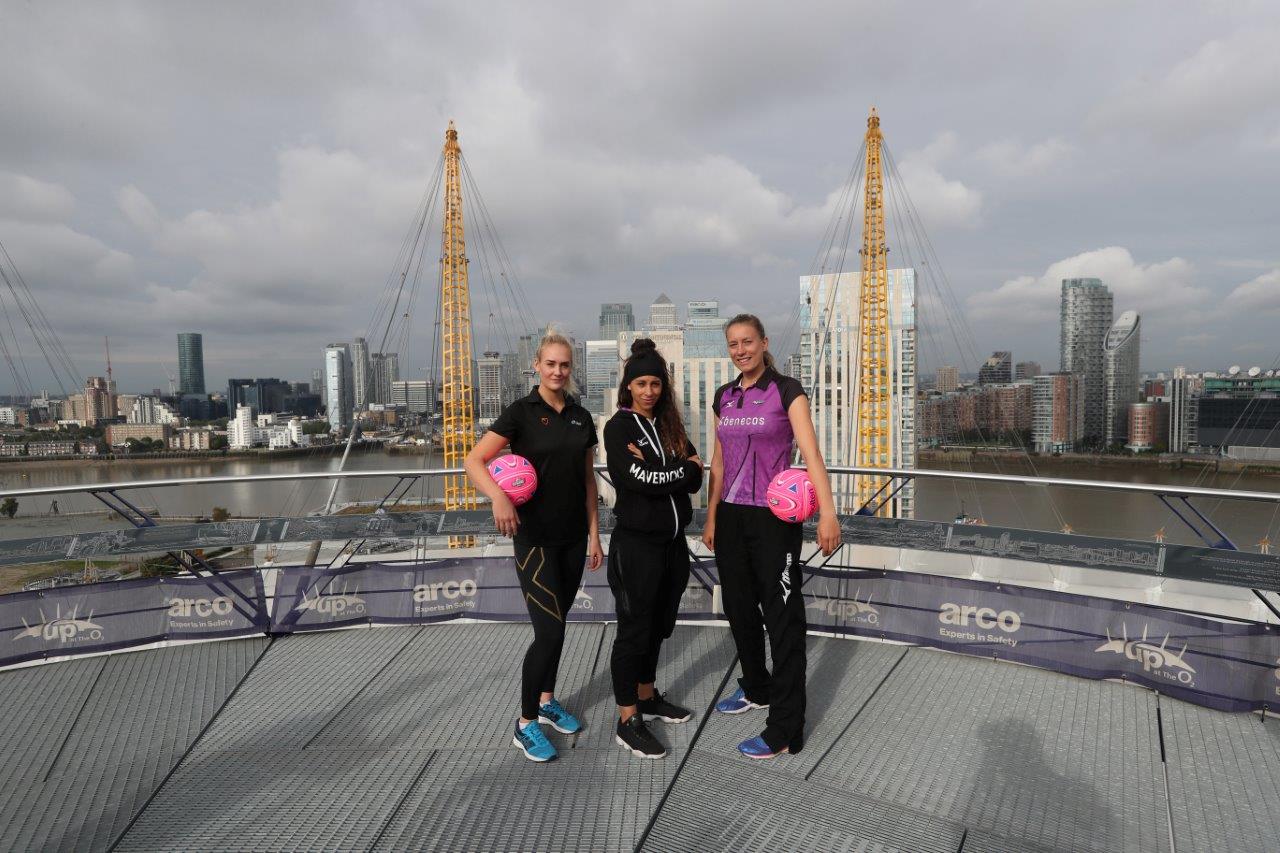 Players from Hertfordshire Mavericks and Surrey Storm ascended Up at The O2 on Wednesday as they prepare to open the British Fast5 All-Stars Championship at The O2 on Saturday, September 23.

The teams were drawn to play each other in the tournament’s opening fixture, a match set to kick start the lively atmosphere expected at the fast-paced new event, which carries a record-breaking £100,000 prize fund and introduces exciting new innovations such as a double-point Power Play, 5-point line and 12-minute matches

The ﬁrst round is a double elimination group stage comprising a total of ten matches, with the subsequent six fixtures determined by the outcome of the first four. Two straight wins will qualify a team for the semi-finals while two straight defeats will spell elimination. The ﬁnal set of matches in the group will feature teams with one win and one defeat competing to stay in the competition.

“Playing Mavericks in the opening match will be really exciting,” said Surrey Storm’s Frankie Wells. “It is a big derby match and we love playing against them. I’m a Londoner myself so it will be fun to be in my home venue playing our rivals.

“We have been Up at The O2 ahead of the British Fast5 All-Stars on Saturday. It is big new tournament with eight of the Superleague teams playing Fast5 with a few new rules. Training has been intense but it has been really good fun – we have loved every bit of it.

“Every player will be challenged, but I think everyone will really enjoy themselves. Sometimes in netball it can get a bit routine but in Fast5 there will be a lot going on!”

Wells was joined on the climb by Hertfordshire Mavericks stars Camilla Buchanan and Lindsay Keable, and the latter confirmed the fighting talk ahead of Saturday’s showdown had already begun.

“I had a bit of a laugh with Frankie today as I will be playing against her on Saturday,” said Keable. “With us both being London based we are very competitive, especially after many years of Netball London Live.

“We were really lucky to get to climb Up at The O2 and get to the top of The O2. It was great to see it from a brand-new aspect. 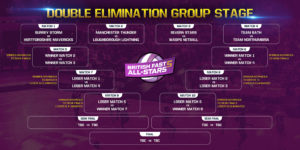